When we nostalgically think back to the late 1940s and 1950s, we might envision a world cast
under a black and white hue reminiscent of early television. Leave it to Beaver-style families sat
around the kitchen table at breakfast and happily greeted the milkman as he dropped off fresh
milk in exchange for the empty, glass bottles from the previous delivery.

Businesses saw the enthusiasm of consumers and used it as a golden opportunity to introduce a
new model that would keep Americans coming back for more. Enter, disposable plastic.
The theory went, if Americans threw away more, they would buy more. Coupled with the
American housewife entering the workforce, this was a booming idea that has now fully
pervaded our society.

World War II had just come to a close and Americans were as excited as ever to loosen their
purse strings and buy the products that were a distant dream under the cutbacks and rationing of
war. Within four years of the war ending, Americans purchased over 20 million kitchen
appliances including refrigerators and stoves and 21.4 million cars. Televisions, radios, and
telephones were rising in popularity and made of plastic, strengthening the material’s association
with modernity. While expensive, these purchases were fairly long-lasting items and wouldn’t
have Americans rushing back to the store for more right away.

Through targeted advertising, disposable products seeped into the market and our collective
consciousness during the 1950s and 1960s. In an article published in 1955 by Life Magazine, a
picture features a floating family surrounded by objects and a line that reads: “The objects
floating through the air would take 40 weeks to clean – except no housewife need bother.” It goes
on to list a host of objects that can now easily be thrown away including frozen food containers,
baby diapers, paper napkins, and popcorn that “pops in its own pan”. Moving beyond helpful
products and into the realm of superfluous fun are disposable vases, flowers, and a food bowl for
dogs.

Other ads entangled our most cherished memories with commodities, seeping the importance of
plastic even further into our psyche. Few ads make this as clear as one that features a stork
delivering a new-born baby wrapped protectively in cellophane.

Americans were not accustomed to throwing away the things they used after only one use. It was
an unfamiliar concept that was taught through advertisements in magazines, on television, and on
the radio. Americans were taught how to create mounds of garbage so certain businesses could
be lucrative. As time went on, other businesses and restaurants adopted the use of single-use
items such as plastic bags, carry-out containers, and plastic cutlery which are now deeply woven
into our modern society. It is hard to imagine the world before their existence but that world did
exist.

It’s no secret that businesses play a large role in creating the waste that our generation is now faced with solving. However, as consumers, we can educate ourselves and make thoughtful decisions. Whenever possible we can purchase reusable items and support businesses that follow a model that protects our resources and environment. If our society can be taught to throw items away after one use, we can be taught yet again, how to make our belongings last. 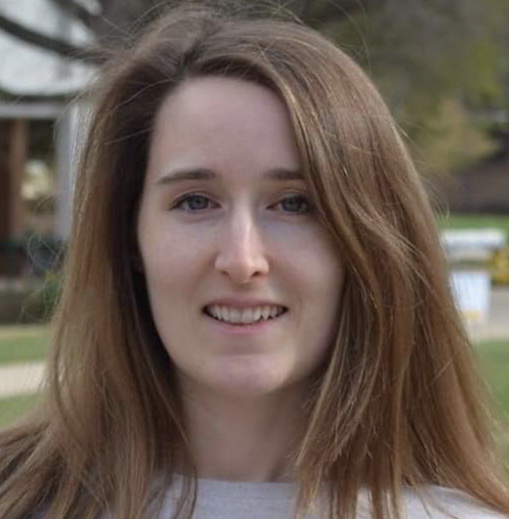 Christina Dietrich @christinad0889
Christina is a Kindergarten teacher who is passionate about teaching young child how to care for the environment and cultivating eco-friendly habits within her own life. Her experiences have allowed her to visit and learn about conservation efforts around the world, at places including Grand Teton NP, the Galapagos in Ecuador, and Las Terrazas in Cuba. She lives with her husband and corgi in Northern Virginia.